Enter the Gateway to Black Magick 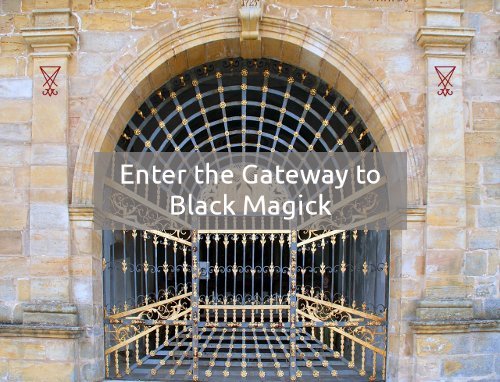 Perhaps you've been using the law of attraction for a while. And perhaps you've even gotten some small results.

But are you satisfied? Is this enough?

Or, do you feel like limitless power lies just beyond your reach? Have you had the intuitive sense that maybe true power lies beyond the law of attraction?

That's what I discovered in my own life. I studied the law of attraction for over three years.

And in that time I got rather good at it. I increased my income more than five times over. I manifested wonderful things that I wanted.

But it wasn't enough. There was this intuitive sense that there was more power to be had.

And not only power, but a deeper mystery, too, that would lead me to the most occult secrets of the universe.

I wanted more, and I found it. But not in the law of attraction.

The Problem with the Law of Attraction

The law of attraction is great, for some.

But the problem with it is that it's relatively new. The idea of the law of attraction has only been around for a bit over 100 years, since the late nineteenth century.

Of course its newness isn't inherently a problem. Lots of valuable concepts have been discovered relatively recently, such as the computer I'm typing this on.

The problem is that the law of attraction is based on a far older science, and instead of improving upon this science, it has actually watered it down for the masses.

So let's imagine there was a book that would show you exactly how to create your own reality. It's an ancient book and has been around for millennia.

But one day someone comes along, and decides they'd like to cut out parts of that book to try to make it appealing to more people. They're essentially going to water down the message of that powerful book.

Now you come along and you want to learn how to become the creator of your reality.

You'd notice that those who chose the watered down version were getting some results, but those results weren't very predictable nor very impressive. Perhaps a few succeeded more than the others, but it seems to have been more by accident than anything else.

Sure you could join the crowd and read that watered down version, but why would you want to?

Join the elite few who have discovered the original message, and learn it right from the source.

So if the law of attraction is like that watered down book, what is the original that is so much more powerful?

What Is Black Magick?

Magick is that original message. Magick, which has been around for thousands of years, being developed and improved by generations of magicians.

The law of attraction is just the very tip of the iceberg when it comes to magick. The scope of what is possible is so far beyond anything the LOA could ever promise, that I couldn't even list all of it here.

But it's more. It's limitless knowledge. It's the ability to call upon spiritual allies in an instant to do what might be impossible to you.

Imagine wanting to manifest something big, but not believing you had the power to do it yourself. So instead, you call upon legions of spirits to enter into the world and carry out your will for you.

Sounds crazy? It's not. I've done it, to great effect.

The list is literally endless of what you could do with magick.

But it's not as simple as just feeling good and thinking positive thoughts. Those things are still important, but they barely scratch the surface.

Now you might wonder why I say “black magick.” That term can seem pretty scary to most people, who don't realize what black magick actually is.

There's nothing evil about it. It's just about believing that you can and will get whatever you want, and you'll do whatever you have to do to get it.

In other words, black magick is the key to limitless power. It's that original message that promises the knowledge of becoming a god.

Do You Want More?

So, are you satisfied with the results you've gotten through the law of attraction?

Or, do you want more?

I'm guessing that if you're still reading, you want to take that next step to gain more power in your life.

I don't blame you. That's how I am, too, always looking for that next step.

That's why I'm beginning this course, Enter the Gateway to Black Magick.

I'm only accepting those real seekers who honestly want to move to the next level.

I'll take you beyond the law of attraction, and show you how to get real, undeniable results with black magick.

I promise there are no sacrifices, no selling your soul to the devil, and no thoughtlessly throwing curses left and right (unless that's your thing).

Just power. Just learning how to carry out your will.
Sign Up Now

What This Course Offers

This is a 90 day program with the express purpose of helping you to get started in black magick as quickly as possible.

We'll have weekly calls, 13 in total, where I will guide you through the process of learning these new practices and answering all of your questions.

Of course, all calls will be recorded for anyone who can't or doesn't want to attend live.

We'll also have a Facebook group for discussion and questions in between the weekly calls.

And finally, I will have an exclusive opportunity for those graduating this course, who wish to continue their education in black magick.

I promise that by the end of these 90 days, you will have the knowledge to perform spells, summon spirits, and perform basic divination. Plus anything else you might want to know.

Now I don't know when or even if I will offer this course again. This is a unique opportunity to move beyond the law of attraction and enter the gateway to black magick.

I started studying the occult 20 years ago, and it took me much of that timespan to really start to master the use of magick.

I'd rather it not take that long for you. With my personal guidance, I can help you to skip much of the learning curve needed to really get started.

I'm only allowing sign-ups until December 7, or until we have 6 students, whichever comes first. so be sure to sign up and claim your spot now!
Review Payment Options 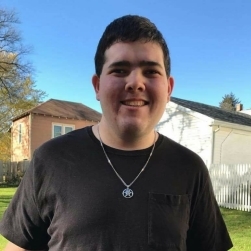 My name is Melektoth from DarkAscent.org. My goal is to help you to become the god of your reality which you were always meant to be. I teach the law of attraction, magick, and non-duality.
facebook twitter website

Get the inside scoop

Get product updates, launch info, and special deals by signing up for my product newsletter.
You're signing up to receive emails from The Order of Dark Ascent

What's the difference between black magick and the law of attraction?

The law of attraction is a sort of subset of black magick. The difference is that magick goes far, far beyond the LOA. The LOA barely scratches the surface of what is possible.
Q

The LOA is limited. You may be able to get some results easily, but chances are that you'll hit a pretty major roadblock at some point that positive thinking just won't get you through. The LOA is rather a weak force, kind of like trying to light an entire room with one small candle. Magick, on the other hand, is like turning on the light switch and flooding the whole room with light. It's on a scale so far beyond the LOA that there is little comparison.
Also it's not just about getting stuff. It's about forging spiritual alliances, learning secrets of the universe you would have never before suspected, and finally becoming the god of your reality.
Q

Will I need any weird tools?

In this course I will try to keep the requirements as minimal as possible. I recommend some candles at minimum and perhaps some incense, but they aren't absolutely required. There may be some other tools I suggest but they are optional and will enhance your working if obtained.
Welcome!
Enter your info below to login.
Forgot your password?